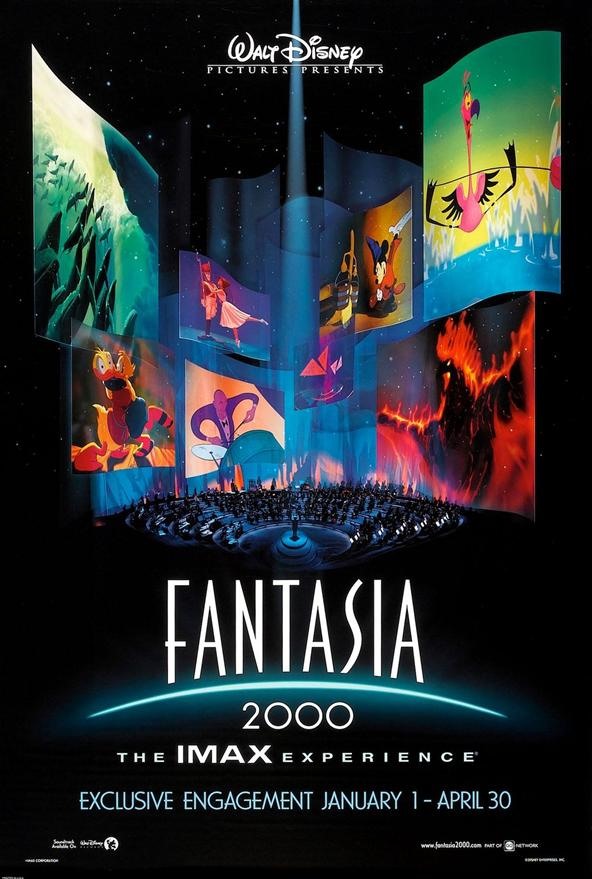 Here are 8 video clips from the feature film "Fantasia 2000"

Fantasia 2000 is a 1999 American animated film produced by Walt Disney Feature Animation and released by Walt Disney Pictures. A sequel to 1940's Fantasia, the film is the thirty-eighth animated feature in the Walt Disney Animated Classics. It premiered in the United States on December 17, 1999. As with its predecessor, the film visualizes classical music compositions with various forms of animation and live-action introductions. Set pieces are introduced by a variety of celebrities including Steve Martin, Bette Midler, James Earl Jones, Penn and Teller, Itzhak Perlman, Quincy Jones and Angela Lansbury. Most music is performed by the Chicago Symphony Orchestra with James Levine conducting all numbers except The Sorcerer's Apprentice, which used the original Fantasia recording conducted by Leopold Stokowski. Levine also arranged most scores, except two pieces arranged by Peter Schickele, as noted below.