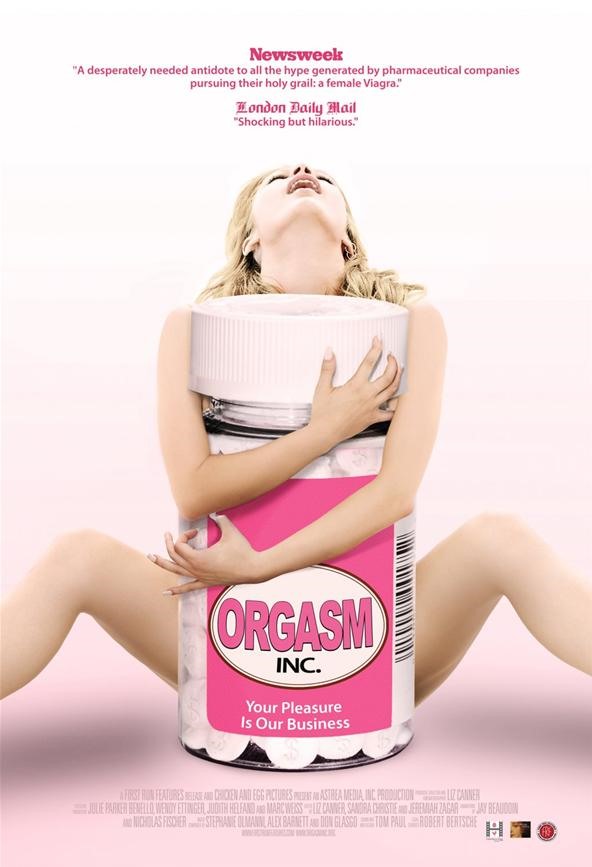 Feature documentary about female orgasms.  Below is the trailer for the feature Film Orgasm Inc.

Orgasm Inc. (2009) is the first feature documentary by award-winning director Liz Canner. It premiered at the Hot Docs Documentary Film Festival. In the shocking and hilarious documentary, filmmaker Liz Canner takes a job editing erotic videos for a drug trial for a pharmaceutical company. Her employer is developing what they hope will be the first Viagra drug for women that wins FDA approval to treat a new disease: Female Sexual Dysfunction (FSD). Liz gains permission to film the company for her own documentary. Initially, she plans to create a movie about science and pleasure but she soon begins to suspect that her employer, along with a cadre of other medical companies, might be trying to take advantage of women (and potentially endanger their health) in pursuit of billion dollar profits. Orgasm Inc. is a powerful look inside the medical industry and the marketing campaigns that are literally and figuratively reshaping our everyday lives around health, illness, desire ? and that ultimate moment: orgasm.