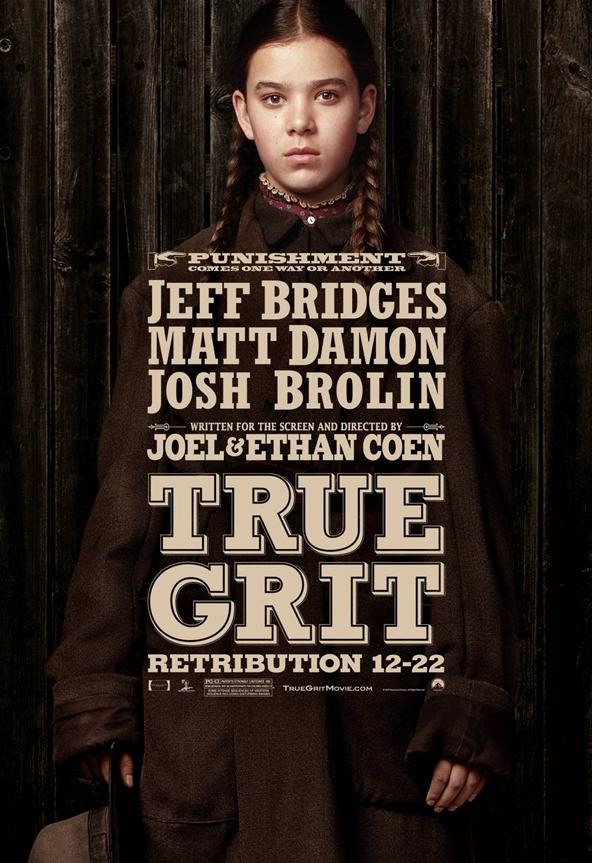 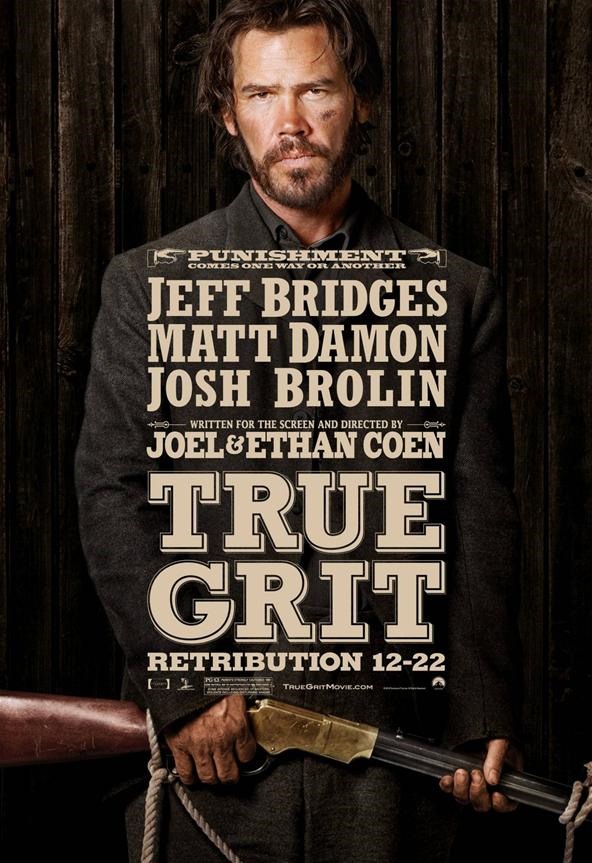 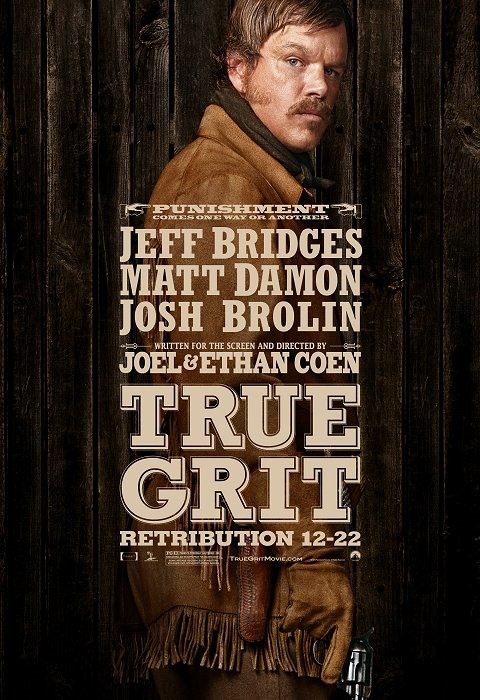 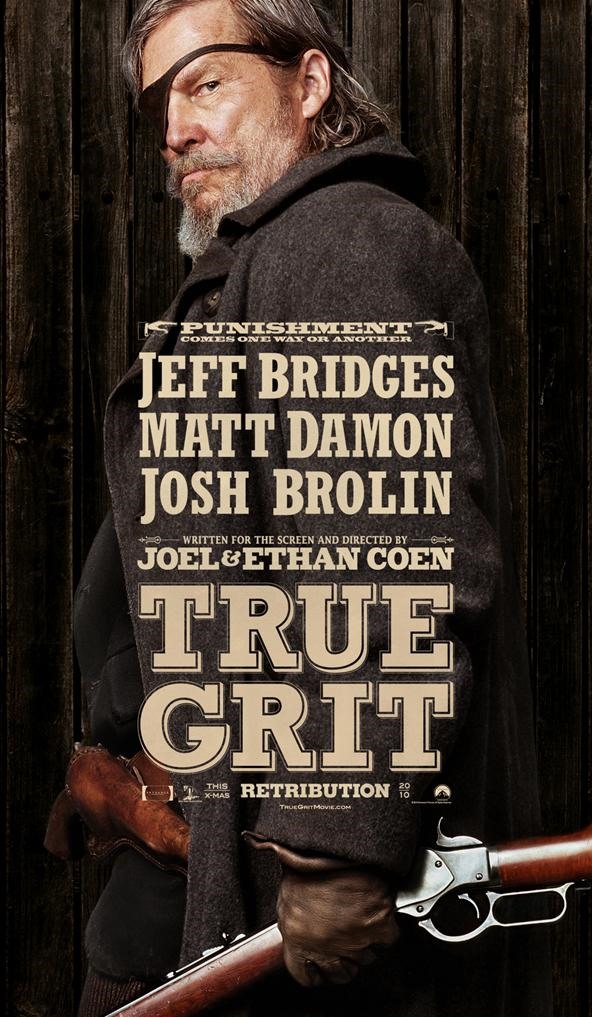 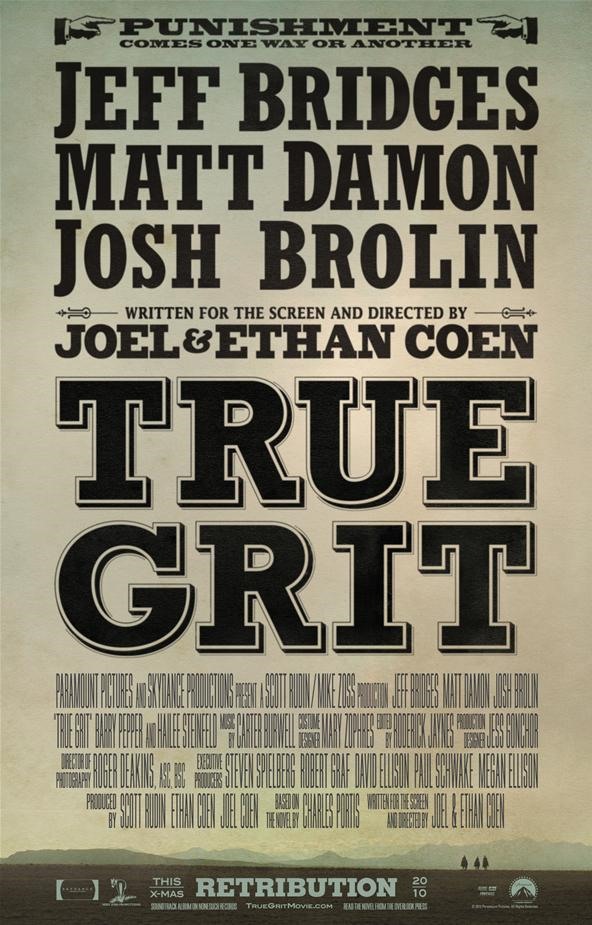 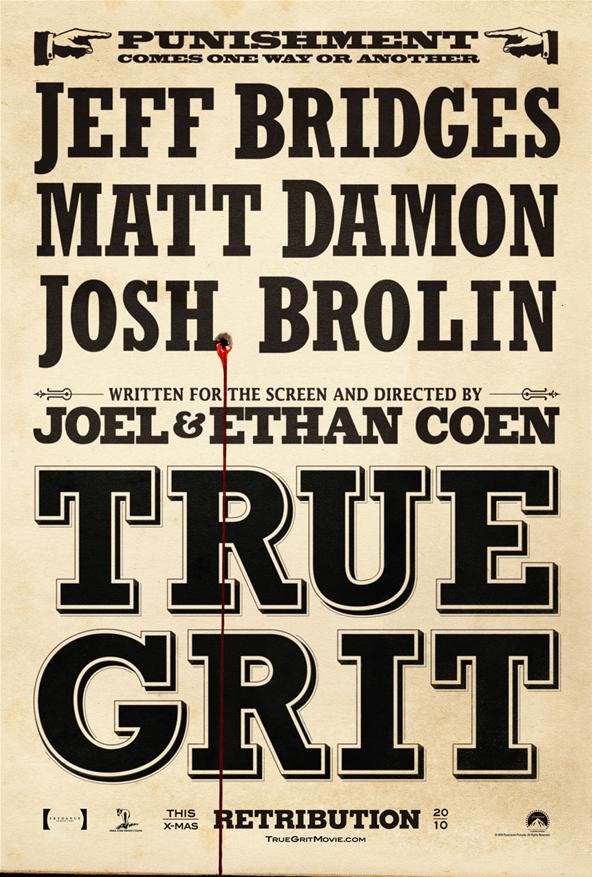 True Grit is an upcoming 2010 Western film, written and directed by the Coen brothers and starring Jeff Bridges, Josh Brolin and Matt Damon. The film is an adaptation of the 1968 novel by Charles Portis which was previously adapted for film in 1969. Filming began on March 2010 with an anticipated release date of December 25, 2010. Bridges will play U.S. Marshal Reuben J. "Rooster" Cogburn. The character was portrayed by John Wayne in the 1969 film, a performance which earned him the Academy Award for Best Actor.