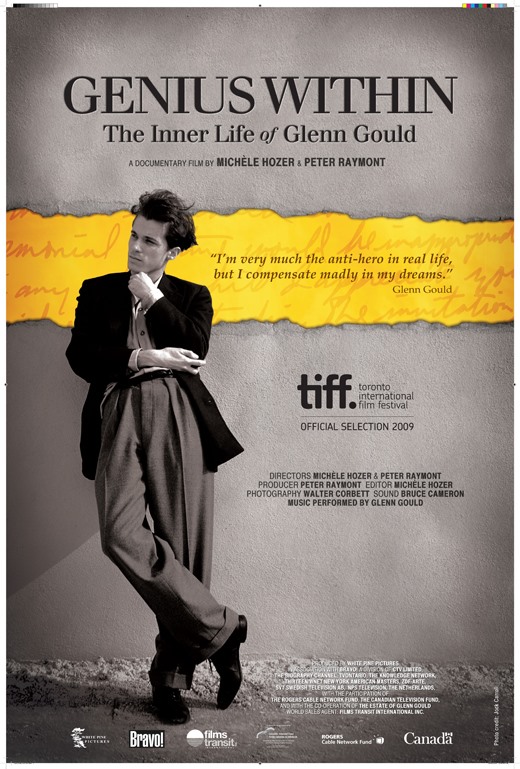 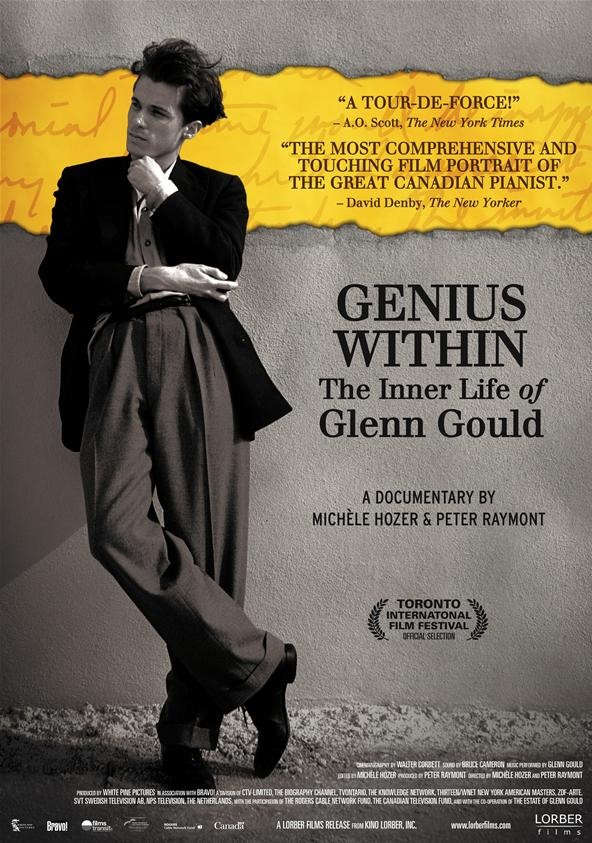 Here is the movie trailer for the feature film "Genius Within"

Glenn Herbert Gould (September 25, 1932 ? October 4, 1982) was a Canadian pianist who became one of the best-known and most celebrated classical pianists of the 20th century. He was particularly renowned as an interpreter of the keyboard music of Johann Sebastian Bach. His playing was distinguished by a remarkable technical proficiency and a capacity to articulate the polyphonic texture of Bach?s music. Gould rejected most of the standard Romantic piano literature and shunned the performance of several of its composers such as Franz Liszt, Robert Schumann, and Frédéric Chopin. Although his recordings were dominated by Bach, Gould's oeuvre was diverse, including works by Beethoven, Mozart, Haydn, Brahms, pre-Baroque composers like Jan Sweelinck, and 20th-century composers such as Paul Hindemith and Arnold Schoenberg. Gould was also well-known for various eccentricities, ranging from his unorthodox musical interpretations and mannerisms at the keyboard, to aspects of his lifestyle and personal behavior. He abandoned the concert platform at the age of 31 to concentrate on studio recording and other projects. Gould was also known as a writer, composer, conductor, and broadcaster. He was a prolific contributor to musical journals, in which he discussed musical theory and outlined his musical philosophy. His career as a composer was less distinguished; his output was minimal and many projects were left unfinished. There is evidence that, if he had lived beyond the age of 50, he intended to abandon the piano, and devote the remainder of his career to conducting and other projects. As a broadcaster, Gould was prolific. His output ranged from television and radio broadcasts of studio performances to non-musical radio documentaries about life in the Canadian wilderness
.